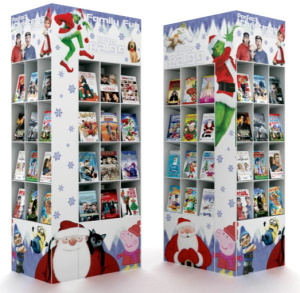 UCA is an alliance of some of the UK’s biggest movie studio’s including Universal Studios and Sony Pictures Home Entertainment, offering UK retailers including WHSmith, Boots and Matalan a direct trading relationship with four of the UK’s leading movie studios and two of the biggest music labels

Despite holding a leading market share already, UCA wanted to expand further into non traditional music and video retailers, so they appointed Shout Retail Development to help them develop and expand their customer base and identify new areas of potential revenue.

Shout Business worked with UCA over the course of twelve months to identify and qualify potential trading partners, then to initiate contact with those partners and build, prepare and deliver a robust and persuasive product and commercial proposition. We were successful in winning substantial levels of incremental business for UCA within non traditional home entertainment retailers including Argos.